Take a look under the hood

So what does
‍Simply Stated
actually do?

Statecharts are a great way to represent the logic for your app (and lots of other things too). But there just isn't enough tooling available to really achieve the full promise of this structure. Simply Stated is here to help change that.

One of the amazing things about statecharts is that they're declarative. It's really hard to derive anything meaningful from standard javascript syntax (compiler writing is hard!) but we compute things from json data all the time.

Simply Stated takes advantage of the fact that our statecharts are data to generate all kinds of things based on the structure of your logic.

Then, we provide full, transition-by-transition analytics and debugging for every step every user took throughout your app.

What did we miss? Ask our developers and we'll get back to you right away!

Scroll down to learn more about statecharts or check out this great intro from our friends at XState.

Simple and easy, Simply Stated means you do less work and get better software.


You're on the list!
Oops! Something went wrong. 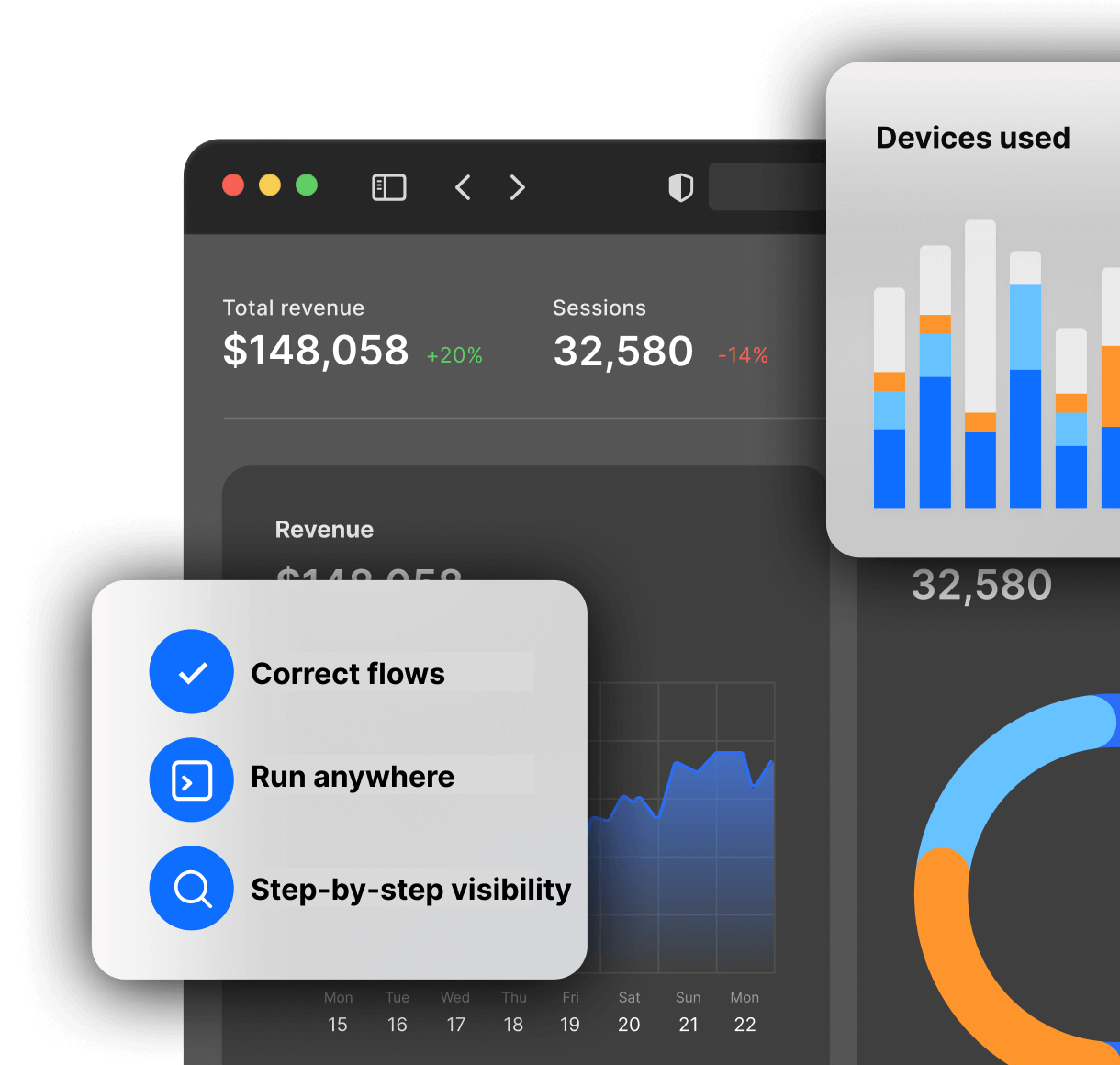 What the heck is a
‍statechart?

Think about your most recent software project...

We'll venture a guess that, if we asked you to explain the logic to us, you'd start drawing some boxes with arrows between them. "First, we ask the user for their name, then..." The cool thing about this flowchart-style of communication is that it's not just us programmers who can understand and convey logic this way--show the same diagram to your product manager, your designer, your marketing person, your CEO, they'll all have a pretty good idea of what you're talking about.

That is the foundation on which statecharts are built. They are a visual formalism for complex systems (David Harel's original paper).

Visual - Statecharts, in essence, consist of boxes--representing states--connected by arrows--representing transitions between states. One beautiful aspect of that representation is that boxes and arrows are a fantastic visual aid, allowing most people to quickly and directly grasp the logic of the flow in question. At the same time, boxes and arrows are just graphs, which are easily represented, processed, and traversed by machines. This dual suitability--for humans and machines--is critical for building understandable, correct systems.

Formalism - Arbitrary boxes and arrows lack sufficient structure to ensure that the resulting system has basic well-formedness guarantees or that the model will be consistently interpreted by different people and machines. Additionally, without allowing for hierarchy within states, any such machine would suffer from an exponential explosion in the number of boxes (states) it would need to account for. So statecharts add a bit of structure on top of the base boxes and arrows. We'll get into what that structure is in a minute.

Complex systems - We talk a lot about scalability in our industry but we would do well to focus more on how well our systems scale as requirements increase in complexity. A one-file monolith of imperative code does an ok job up until some time around the 4th time requirements change slightly. Conversely, it is straightforward to create a simple statechart and continues to be straightforward as you change its logic and expand its capabilities. Statecharts were designed to work great for simple systems, support you as you evolve your simple system into a complex system, and work great for really complex systems (like spaceships and guidance control modules).

So how is a statechart structured?

Funny you should ask ;) Yes, they can. Machine instances can spawn other machine instances either in an action or as a service. When spawned in an action, the reference to the machine can be stored in context and events can be sent to it using that reference. When spawned as a service, events can be sent to it and, if the child machine reaches a final state, it triggers the response event in the parent. Every machine has 0 or 1 parent machines and can send messages to its parent.

Build an app that works.
‍Your users will love you!


You're on the list!
Oops! Something went wrong. 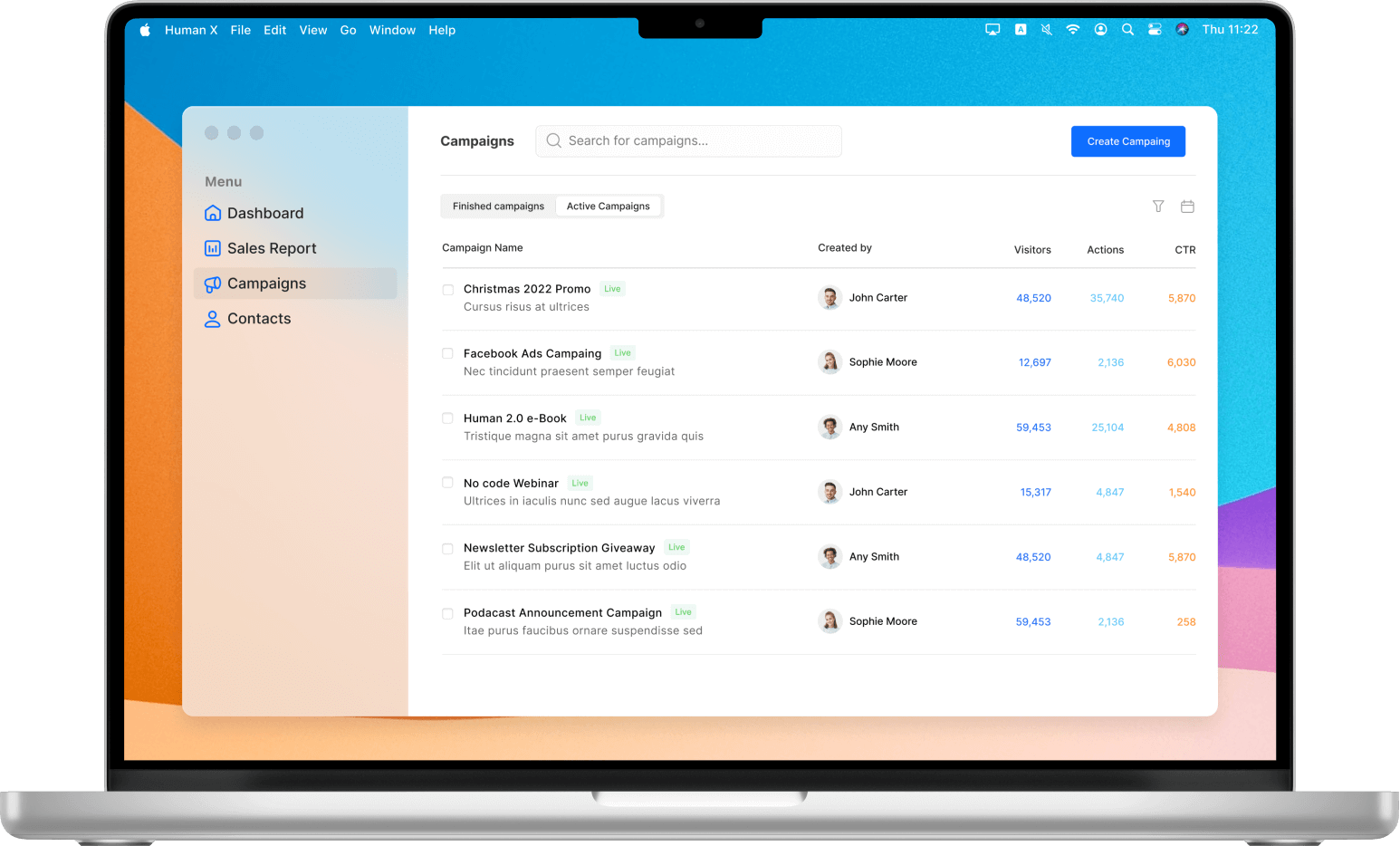